Phosphine on Venus: Jane Greaves and team discover a possible sign of life on Venus.

A group of scientists led by Jane Greaves from Cardiff University discovered the presence of Phosphine on Venus. Phosphine is one of the most foul-smelling gases that smell like rotten fish and is found in places like slime and dung. It is created by anaerobic organisms such as bacteria and microbes. It is considered as an excellent ‘biosignature.’

Phosphine on Venus, what does it indicate?

The surface of Venus is hot and acidic. These conditions make it hard for any life to exist on Venus. But the environment in its upper cloud decks is thought to be more habitable. The requirements are not so extreme in the clouds. This is where the gas is believed to be found.

But, the acidic nature of the clouds and atmosphere would destroy Phosphine. The presence of Phosphine on Venus shows that something is actively forming it. The formation of gas in such amounts cannot be easily explained in any other way.

Research findings were published in Nature Anatomy on 14 September by An international team of researchers led by Jane Greaves from Cardiff University. These findings are reported in a paper titled’ Phosphine gas in cloud decks of Venus.’

They concluded the article by saying that detection.

is not robust evidence for life, only for anomalous and unexplained chemistry.

Further work is required to know for sure, but they have ruled out other possible explanations that could explain these findings.

“Either phosphine is produced by some sort of chemical or geological process that no-one knows about – or there could be a biological reason,”

said Emily Drabek-Maunder, an astrophysicist from the Royal Observatory Greenwich and an author on the paper.

The team first used the James Clerk Maxwell Telescope (JCMT) in Hawaii to detect the Phosphine. It were then awarded time to follow up their discovery with 45 telescopes of the Atacama Large Millimeter/submillimeter Array (ALMA) in Chile. Both facilities observed Venus at a wavelength of about 1 millimeter, much longer than the human eye can see – only telescopes at high altitudes can detect this wavelength effectively.

What the researches involved in this discovery of phosphine on venus said:

Watch what Professor Greaves has to say about the discovery of Phosphine on Venus:

David Clements, who is a scientist at Imperial College London and also an author on the discovery of Phosphine on venus paper, says

“This isn’t a smoking gun. This isn’t even gunshot residue on the prime suspect’s hands. But there is a distinct smell of cordite in the room. It’s a step on the way to potentially the discovery of the life of some kind in the upper atmosphere of Venus. But we have many, many more steps to go before we can say there’s life on Venus.”

Have a look at the series of tweets posted by Cardiff University regarding the discovery of Phosphine on Venus on Twitter:

Reactions from experts not involved in the research:

Many described the discovery of Phosphine on Venus as “exciting. “

Katie mack, who is a cosmologist and a writer, tweeted about this discovery of Phosphine on Venus:

Today’s discovery MIGHT be evidence of life in Venus‘s atmosphere. Or it might be some new chemical process we didn’t anticipate. We don’t know yet and it will take a LOT of work to nail it down either way. #VenusNews

Royal Astronomical society released a statement regarding this discovery of Phosphine on Venus:

https://ras.ac.uk/news-and-press/news/hints-life-venus. This press statement is titled “Hint of life” on Venus.

Professor Hideo Sagawa of Kyoto Sangyo University then used his models for the Venusian atmosphere to interpret the data, finding that Phosphine is present but scarce – only about twenty molecules in every billion.

The New scientist covered this discovery of Phosphine on Venus extensively. You can read it here: https://www.newscientist.com/article/2254413-have-we-spotted-alien-life-floating-in-the-clouds-of-venus/

So, do the clouds of Venus harbor life?

The paper released today reports the discovery of Phosphine at Venus. Phosphine can be produced *by life* as on Earth or *without life* as in the atmospheres of Jupiter and Saturn (found in 1970s). 1/7

Once Phosphine was found, they wanted to know where it came from, what chemical reaction chain led to its production? After including everything we *currently* know about the chemistry & physics on Venus in models of the atmosphere, they were unable to find a way to make it. 2/7

Another production mechanism for Phosphine, they write, is: “by analogy with biological production of phosphine on Earth […] from the presence of life.” 3/7

That’s the coolest line of text I’ve read in a paper in years!

…finding life elsewhere in the universe would be one of the most profound world-changing things. Any fragment of hope, any hint of life, must be tracked down with dogged determination!

The Phosphine was found at ~50km above the surface of Venus, temperatures are 20°C… 5/7

…pressures are the same as Earth at sea level, but 90% of the environment is ACID! If anything is living there, it’s very strong.

If I assigned a % to cloud-life on Venus I’d give it a 10% chance. Seems low but that’s very high from me: I’m pessimistic about these things. 6/7

The authors of the paper, the journal and RAS didn’t over-sell this in my opinion, but lots of news outlets will run with “life on Venus” (see thread post 4/7 about weighting!).

This is totally worth our attention and a mission. We need to get a balloon probe over there! 7/7

Subscribe to Science tidings and never miss a chance to explore science with us:

4 thoughts on “Phosphine on Venus: Jane Greaves and team discover a possible sign of life on Venus.” 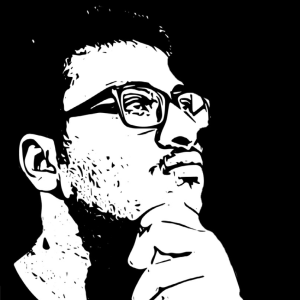