Why can’t we capture nature’s beautiful moments even on an advanced smartphone camera?

Quite a few days ago, while I was goofing around, I noticed a strange hue during the dusk. It’s nothing peculiar about it as it happens most of the time. Something that brought me to attention was that I couldn’t capture the sky color on my phone. I just rechecked it with other phones & even the best of the kind iPhones, but there wasn’t a mincemeat similarity between the pic & reality.

I’m sure all of us might have this doubt. Don’t you
have that doubt? Well, you’ve read the above questions & now you’re curious 😉

The explanation to why can’t we capture this on a smartphone camera is something fundamental & physics:

If you ask regular people, “What’s the color of the sky ?” They give weird looks & say white, obviously ಠಿ_ಠ. A science person will tell how that white light is formed (. ❛ ᴗ ❛.)

According to O͟L͟Y͟M͟P͟U͟S͟ (a camera maker), Colour temperature is defined as “the relationship between a standardized theoretical material called black body radiator, & it’s energy distribution of the emitted light when it is brought to increasingly high temperature. It is measured in Kelvin (K).

I know that the above statement is not too catchy & might have skipped it    ;-). Let me rephrase that. All of us know “VIBGYOR. “Higher temperature means Colours on the left (blue & violet ). Lower temperature means colors on the right (red). Here are few figures in our day to day life
=> Bluish lights in commercials are around 5000K
=>Yellow led bulb lights are around 2700K

Our windows to the brain “eyes” are pretty well adjusted to changes in color temperatures.
The retina of our eye has “cones” adaptive to color vision, which work by a rather complex mechanism.

Cameras, on the other hand, are a different story. By default, they don’t know how a scene is supposed to look. Therefore color temperature can affect photographs in dramatic ways .” If the camera’s color temperature setting is out of sync with the color temperature of the scene, we end up with weird hues & color casts that make photos look very unnatural:-(

Traditional analog films are balanced for a specific color temperature. Popular ones like KODAK PORTRA are usually balanced for daylight or 5500K, and a few others are TUNGSTEN  balances for usage indoors or at night. With analog film, the color balance doesn’t change. The photographer chooses the appropriate movie based on what to capture.

If you have used a DSLR camera or edited a picture in photoshop, there is an option called white balance, which helps you adjust the color temperature. Here’s the issue our smartphones (iOS or Android) make liberal use of automatic image processing to help us get the best image. In part, this is to compensate phone’s tiny lens & minuscule image sensors. Without even knowing the software details, our phone performs tricks like layering multiple exposures together to create an image neither too dark nor too light, fixing blurriness issues in the dark, etc. Hence, the problem is the capture of reality.

On a similar note,  the San Francisco bay area witnessed a martian appearance of the sky due to the Abrupt outbreak of wildfires.

The people there faced difficulties in capturing wildfires to post on social media. Apart from evacuation difficulty, what bothered a few is they couldn’t capture the exact scenario.

However, professional photojournalists have the exact idea of setting their cameras to the required temperature to capture the perfect shot & it’s what we see in news & other broadcasting media.

References have been taken from trusted sites and are genuine.

4 thoughts on “Why can’t we capture nature’s beautiful moments even on an advanced smartphone camera?” 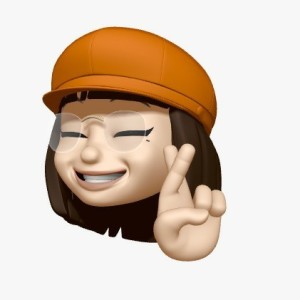